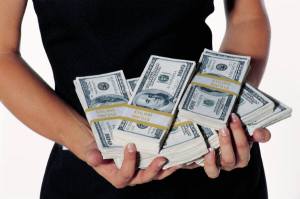 E-commerce accounts for an ever-growing share of consumer spending. According to the US Commerce Department, e-sales accounted for 37% of retail sales in the first half of 2014. Online sales are up 57% in the US from 2010 to 2013, up 278% in China over that same period, and are projected to increase 11% per year for the next three years in Europe.

So, when buying online, why not purchase products made by women-owned firms? It’s increasingly easy to do so – by going to these women-owned business product web sites:

You may also want to make note of Walmart’s new women-owned label (depicted at right). The result of a collaboration between Walmart, the Women’s Business Enterprise National Council (WBENC) and WEConnect International, the label will be gracing products on the shelves of the world’s largest retailer very soon.

About 5% of venture capital investments are made in women-led firms, and about 12% of angel capital investments are likewise made in women-led enterprises. But, according to crowdfunding platform Indiegogo – co-founded by a woman – fully 42% of their funding campaigns are launched by women, and these women raise 11% more money than do the men who launch crowdfunding campaigns on their platform.

Indeed, crowdfunder Kickstarter recently found that women investees are outperforming their male counterparts on that platform as well.

Another female-founded crowdfunding platform, soon to be relaunched, is Plum Alley.

If investing individually isn’t your thing, why not consider investing in a female-friendly family of funds? That’s the motivation behind two new investment funds, Barclay’s Women in Leadership Exchange Traded Notes, and Pax Ellevate’s Global Women’s Index Fund, spearheaded by former banking executive Sallie Krawcheck. While both of these funds are new, we look forward to more of them sprouting up as their rates of return start tracking upward. Kudos to these two funds for leading the way!

Learn more about investing in women-owned and -led firms at these links: 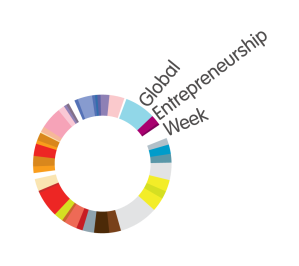 Launched with great fanfare by the Kauffman Foundation in 2007, Global Entrepreneurship Week celebrates the creative spirit and transformative power of entrepreneurs – taking a “Pied Piper” approach to encourage more people to think about “unleashing ideas” and launching entrepreneurial endeavors. Starting with 37 countries in 2007, there is now engagement in 150 countries in this, the eight year of the celebration. The 2014 Global Entrepreneurship Week takes place from November 17th to the 23rd.

What is this all about, you may ask? Check out the brief explanatory video below:

Why are we sharing this with you, fellow womenablers? Because, for the first time, the folks at GEW are adding in an official Women’s Entrepreneurship Day on Wednesday, November 19. (The midweek point has been used in a number of countries to mark the contributions of women entrepreneurs, but this year marks its official debut.)

Check out the list of events already scheduled on this day, or during the entire week, in your country. Or – better yet – consider organizing an event on the 19th to celebrate women’s entrepreneurship! Check out the GEW/WED page for ideas and resources. The GEW folks are “leading by example” by planning an event at the United Nations in New York City. More information about that particular event can be found HERE.