At the recent Enterprising Women of the Year annual gathering, I spoke to other members of the Editorial Advisory Board to update them on trends in women’s entrepreneurship around the world. This year, I shared four key numbers that every womenabler should know. Here they are for all of you to know and share as well:

The number of women business owners worldwide. (SOURCE: Womenable calculation based on data from the International Labour Organisation’s 2015 Key Indicators of the Labour Market report)

The estimated gender credit gap in developing economies around the world. (SOURCE: Goldman Sachs Global Markets Institute, Giving credit where it is due, 2014)

So, fellow womenablers, keep these four (or five) numbers at the ready. They not only indicate the amount of work we still have to do, but the benefits that will be realized once we approach economic parity. Onward and upward!

We’ve kept tabs on the facts and figures that have been published during the course of the year (as we do every year). Here are what we consider to be the top ten new research-based facts about women business owners and their enterprises of 2014. They fall into four general categories: money, mentoring, metrics and STEM (science, technology, engineering and math). Here they are, along with links to the original source material for your reference. Many happy returns of the season from Womenable!

A number of reports of interest to womenablers have been published recently. Just in case you missed ’em, here is a round-up of what’s caught our attention recently. In alphabetical order by report title, they are:

Twenty-five years ago, not too long after the passage of the Women’s Business Ownership Act of 1988, the leaders of the National Association of Women Business Owners established a non-profit research arm – the National Foundation for Women Business Owners. The NFWBO, later the Center for Women’s Business Research (CWBR), was responsible for much of the early research exploring the characteristics, contributions and challenges of women business owners and their enterprises. Some of the most frequently-quoted data nuggets included: 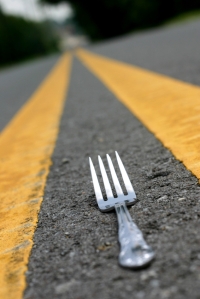 Well, the Center is officially no more. After several years of financial difficulties and relative inactivity, the assets of the Center will now be housed at Babson College’s Center for Women’s Entrepreneurial Leadership, and the Center will be reborn as the Global Initiative for Women’s Entrepreneurship Research, or GIWER. In a recent announcement, Babson College professor, and former chair of CWBR, Patricia R. Greene stated, “This new program advances CWBR’s mission to the global level.” Importantly, from the Womenabler’s point of view, the dozens of research studies published by the Center will be archived at CWEL and will once again be available to researchers, students, and womenablers everywhere.

Kudos to Babson College, its CWEL, and to Patti Greene for preserving the Center’s legacy, and for taking it forward onto the global stage.

The 2012 Global Entrepreneurship Monitor was recently unveiled at an event in Kuala Lumpur, Malaysia (ranked 12th in the world on the ease of doing business in the World Bank’s Doing Business rankings).

This is the 14th year for the unique and impactful international effort. Starting in 1999 with 10 countries, the GEM collaboration now includes 69 world economies accounting for 87% of global GDP.

Of special interest to we womenablers, of course, is the ongoing accounting of the continuing gap in the share of adult females starting and growing businesses compared to their male counterparts. In nearly every region of the world, women are less likely to be starting new enterprises or to own established businesses.

The new report, however, indicates that the gender gap in business ownership has virtually disappeared in sub-Saharan Africa. The gap is widest in the Middle East and North Africa, where men are 2.8 times as likely as women to own a business.

Conversely, according to the new report, there are five countries in which entrepreneurship rates among women are actually higher than among men: Ecuador, Ghana, Nigeria, Panama, and Thailand.

To learn more about the report GEM and this latest effort, read the recent news release, visit the GEM website, or download the report.

Finally, check out the series of special reports on women and entrepreneurship, the most recent of which was published in 2011.

A new report on trends in women’s entrepreneurship, drawing on the multi-country Global Entrepreneurship Monitor surveys, has just been published by a team of researchers from Babson College. The GEM 2010 Women’s Report draws on data collected from surveys of over 175,000 adults in 59 countries, including 14,000 women business owners. 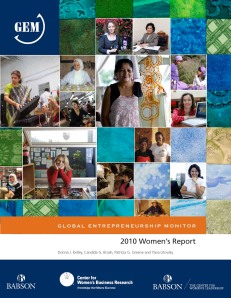 The 59 economies are grouped into three categories (newly-named as of the 2008 GEM study and roughly equivalent to the previous low, moderate, and high income definitions): factor-driven, efficiency-driven, and innovation-driven. However, these categorizations do not seem to impact the gender analysis on many of the key findings:

For more information about the report, and to download a free copy of the 56-page report, CLICK HERE, and for a listing of all five GEM women’s reports published since 2004, CLICK HERE.