The recent publication of the 2016 State of Women-Owned Businesses report is chock-full of interesting trends and statistics, some of which we’ve covered here in recent blogposts. This time, the focus is industry diversity – and, while women-owned businesses are found in every industry and the longer-term trend is increasing diversification, over the most recent post-recessionary time period (2007-2016) the greatest growth we’re seeing is in some of the most traditional, foundational sectors for women.

To wit, between 2007 and 2016, when the number of all women-owned businesses increased by 45%, the following four industries grew much more substantially:

Two of these sectors are – and have been – among the most popular sectors for women in business:

So, despite more and more women launching a growing variety of businesses, certain types of traditional lines of business remain very popular – more so for many women of color.

As noted in the recent 2016 State of Women-Owned Businesses Report – and in our previous blogpost – women-owned firms are continuing to grow in number and economic clout at rates well above the national average. But where, geographically speaking, are women-owned firms growing? The short answer is: everywhere!

These are states in the Northeast, Midwest, South and West.

A look at the top-ranked metropolitan areas for growth in the economic clout of women-owned between 2007 and 2016 paints a slightly different picture. All of the top ten metro areas (listed below) are found east of the Mississippi River – or in Texas! However, most of the 50 most populous metropolitan areas in the country are either east of or on the banks of the Mississippi River.

This geographic analysis also tells us that things are definitely hopping in Texas – the top-ranked state home to four of the top 10 metro areas. Perhaps everything really is bigger in Texas!

For the sixth year running, Womenable and American Express OPEN have taken a look at the state of women-owned businesses across the U.S., this year focusing on trends that have taken place between 2007 and 2016. The latest numbers – which can be found in The 2016 State of Women-Owned Businesses Report and the companion Summary Tables document – are remarkable in a number of ways.

First, here are the latest back-of-the-envelope numbers for you to write down and keep handy for speeches and cocktail conversation:

What are the most remarkable positive trends we’re seeing in this report? Here are three:

And, on the flip side, what findings bear further scrutiny, as they may indicate a lack of advancement? Again, we’ll highlight a trio:

This is just a taste of the information now available in the 2016 State of Women-Owned Businesses Report. To learn more about the current state of women-owned businesses, download, read, and share the executive report, the news release, or the full set of statistical tables by clicking on these links.

And follow this blog for additional posts on trends uncovered in the report in the coming weeks and months.

By now, many of you will know the overarching facts and trends, including:

But what you might not know are three other trends that are included in this report. For the first time, the analysis includes a look at female veteran-owned firms, trends in the top 50 most populous metro areas, and a look at trends in some detailed industry categories. We found that:

These trends and more can be found in the new NWBC report, The Growth and Development of Women-Owned Enterprises in the United States, 2002-2012.

It’s the news we womenablers have been waiting for anxiously for some time now – the release of the most recent statistics (albeit from 2007) on the number, economic clout, and growth of women-owned enterprises. The latest facts were released today by the US Census Bureau, and this is what they show: 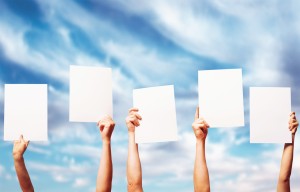 So, overall, the trends we’ve witnessed over the past decade or more remain the same: increasing numbers, and increased economic clout. These numbers also indicate a slowing in employment growth – among women-owned firms and overall, as the economy slowed down in advance of our most recent recession.

There’s a downside, though, and that is that women-owned firms, on average, continue to employ fewer people and generate lower revenues compared to their male counterparts. To wit:

There’s more to be learned by perusing these latest statistics, even though the more detailed publication will not be released until December of this year. womenable will be taking a deeper dive and will be reporting out additional insights. In the meantime, our advice is to use these “most recent” statistics in place of whatever other estimates you may currently be using. While the data date is 2007 (as opposed to more recent estimates as of 2008), these are rock solid and actually higher than the 2008 estimates:

To learn more about this impactful new womenabling information, click on the following links for the Census Bureau’s news release, links to all of the newly-released data, or the page with a summary of the women-owned firm findings.