“If you have knowledge, let others light their candles at it.” ~
Margaret Fuller (1819-1850), early American feminist and activist

Womenable has long known and valued the simple yet profound act of illumination, of creating a spark that can grow from a small light to a mighty flame. Indeed, Womenable’s mission is to create those sparks of action for women’s enterprise development, by shining the light of knowledge on the characteristics, contributions and challenges of women business owners and by ensuring that the systems that support women’s enterprise development – laws, policies and programs – are as effective as possible. 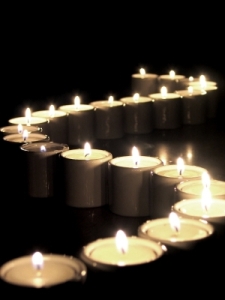 That’s what has taken me to Rwanda three times over the past 18 months; to investigate the state of women’s enterprise development there, make recommendations for action on a number of fronts (download and read this report to learn what we found and what was recommended), and to light a small fire by delivering women’s leadership development workshops in four cities there: Huye, Musanze, Rwamagana, and the capital city of Kigali.

I’m just back from three weeks helping to deliver these workshops, and I’m pleased to say that our small spark is already catching fire. Our team effort – led by Booz Allen Hamilton, funded by USAID, and with contributions from trainers from the Private Sector Federation’s Business Development Services team, Duterimbere trainers and training materials, and the participation of local government and banking officials – helped over 200 women business owners expand their personal business vision and, more importantly, to see that by working together they can help other women start their own businesses and raise their voices to improve conditions for business development in general in their communities.

Our keynote speaker was Rehmah Kasule, a woman entrepreneur from Uganda, who not only shared her story of personal will and triumph, but of the need for business vision and branding and the value and reward of mentoring. She has started women’s mentoring clubs in Uganda, led a mentoring walk there (read her blog about that here) and is involved in youth mentorship as well. Her message about the value of mentoring, saying that “if you let others light a candle from your flame, it will add light without diminishing your own glow,” resonated well everywhere we went. What a woman!

We also heard from successful women business owners in Rwanda, who agreed to travel to cities to share their personal stories and give inspiration to others. Several of the women were graduates of the Oklahoma-based Institute for the Economic Empowerment of Women‘s Peace Through Business program, now heading into its 3rd year in Rwanda. They have taken the program’s “pay it forward” message to heart. What a great group of women. Way to go, Terry Neese!

I made a small contribution, by sharing news on international trends in women’s enterprise development – so they would know how much they share in common with women business owners around the world – and on the principles and missions of women’s business associations in comparison with mentoring groups.

But, lest you think it was all work and no play (well, truthfully, it was nearly all work), here’s a sampling of what we delivered at these workshops, and how the women responded. At the beginning of the first day in each city, there was some apprehension and the women were quiet. Simultaneous translation and the equipment that it requires was new and a little daunting to them at first. But by the middle of that day, and certainly by day two, the women were chatting with one another, enjoying asking questions and hearing translation from English to Kinyarwanda and back again, and singing songs of praise. And – in two of the cities – they have already taken steps to form business associations, even opening a bank account for the group in one city. It was a very rewarding experience for all of us.

So, think about where you might help to light a candle. What knowledge do you have that others would benefit from? Because, as the old song goes, “if everyone lit just one little candle, what a bright world this would be.”

There’s been growing interest over the past few years – both within countries and in the international economic development community – in moving beyond “one-off” business assistance programs and taking a step back to assess environmental factors influencing the start-up and growth of small businesses. Reducing legal and regulatory barriers can then make it easier for start-ups to grow, and will strengthen the impact of business assistance programs.

However, nearly all assessments of the business enabling environment (BEE for short) do not take gender constraints into consideration.

I recently presented a paper at the Diana research conference (focused on women’s entrepreneurship research, education and practice) focusing on this very issue. Entitled, “Assessing Business Enabling Environments: How Gender Changes the Equation,” the paper reviews the items contained in four well-known business environment rankings : the Heritage Foundation’s Index of Economic Freedom, USAID’s BizCLIR, the World Economic Forum’s Global Competitiveness Reports, and the World Bank’s Doing Business indicators. Perhaps not surprisingly, none of these assessments and tools considers the gender implications of policy and program development, nor the cultural constraints faced by women more than men as they start and grow their enterprises.

There have been some efforts in recent years to assess how women business owners are faring in particular. Efforts by the IFC, ILO and USAID – most particularly the new GenderCLIR assessment tool developed for USAID – are discussed in the paper.

What’s different for women business owners? Some key internal and external constraints include:

What’s the way forward? Certainly, this examination points out the need for more integration of gender constraints and socio-cultural issues into general BEE assessments. It also points out the value of looking from the outside in as well as from the top down, and of extending purely quantitative measures into qualitative territory. The paper also points out that assessments are but the first step in a process, and that more work is needed to understand what policy change and program implementation brings about the greatest entrepreneurial boosts. Finally, while there are now gender-aware BEE methodologies being employed, we are a long way from having enough statistical and experiential data to rank countries in a similar manner as the Doing Business Indicators. May that day come soon!